Earlier this week Smoothies Cave at Babu once again echoed with shouts of delight as local climber Steve Montebello clipped the chains of Tropical Hurricane F8a+, just a few days after young Zack Xuereb did the same. Steve led his first route, a 5a, in Gozo just two years ago, showing incredible progress in such a short timespan.  Steve was obviously delighted with this milestone and commented that for him, the key to progressing up the grades was “finding the right route to dedicate time and effort to, and making sure that when you climb you are enjoying the process. Having the right people and enjoying trying something hard together is what will make it fun.”

I asked him about future plans – he answered “To get onto big walls”.  So we look forward to hearing about future trips to the Alps, Dolomites…North America? The word “Big Wall” is synonymous with Yosemite park in California.  Maybe we’ll be hearing about the first Maltese ascent of the Nose in the next couple of years. It’s about time!

Zack, in the meantime has continued to push hard and clipped the chains of his second 8a on the same day as Steve’s abovementioned effort!

This ascent brings the number of Maltese climbers who have led F8a to six if you include Stevie Haston who incidentally now has a Maltese passport: 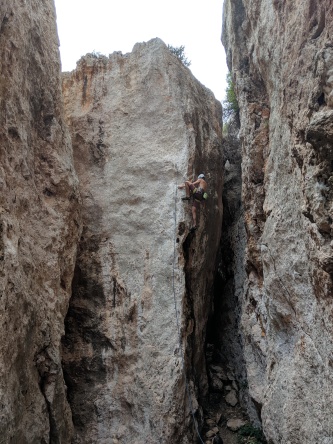