Some essential maintenance work was done at Mgarr ix-Xini valley on Sunday focusing on the sectors around Dream Walls which needed attention in particular, based on feedback from various climbers trying the routes.

The first job however was to clear the litter which had been deposited underneath the carob tree in the centre of the valley floor which provides welcome shade to climbers taking a break.  Two large bags of rubbish were collected by Steve, Manu and Victor while a third was soon filled with bits and pieces of paper, cardboard and shotgun cartridges from the side of the paths offering access to the crags.  Didi of the Gozo Climbing Association and I got to work trimming back the brambles which tend to overgrow the paths very quickly, hindering access and making it particularly unpleasant when walking through wearing shorts!  The word barbed-wire springs to mind!

In the meantime, Stephen Farrugia and our friends from Spain, Manu and Victor set about assessing and replacing bolts in the Nose area – routes affected were Flying Picket and Gozothon.    By this time the valley had started to fill up with other climbers from the MCC as well as a team of 17 British climbers from Oxford Brookes University who were on a day trip to Gozo from Malta.  They seemed to enjoy the routes on Moby Dick Wall and Champagne in particular.  Others focused on the easier routes at the somewhat hot Flakeout Walls.

Stevie Haston and Jeffrey Camilleri of the Malta Climbing  Association also showed up to give a hand.  Using the  MCA’s  trusty new Bosch drill, Jeffrey put up a new hard  line 7b+/c  on the brown overhanging wall opposite the  Waterworks,  then got to work on adding two bolts and  replacing another  two on Eye of the Tiger (7b+).  Two bolts  were also added on  Pale Fantasy (7a+) and improved the  lower-off  on Great Siege (6b+).  Stevie replaced a loose  lower-off bolt on Broken Gun (4), added a bolt at the  bottom of Right on Cue (6a+) instead of a thread which is no longer there. 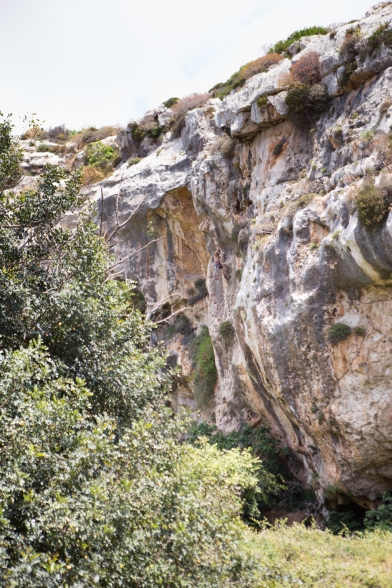 This reduced the long runout there used to be to the first bolt.  The old peg at the start of Blushing Pilgrim was removed and replaced with two bolts, one lower down and the next a bit higher than where the peg was.  A new lower off was added to the top of Champagne as the old lower off required the leader to scramble through bushes after completing the route to reach a wide ledge and two bolts a few metres further back. 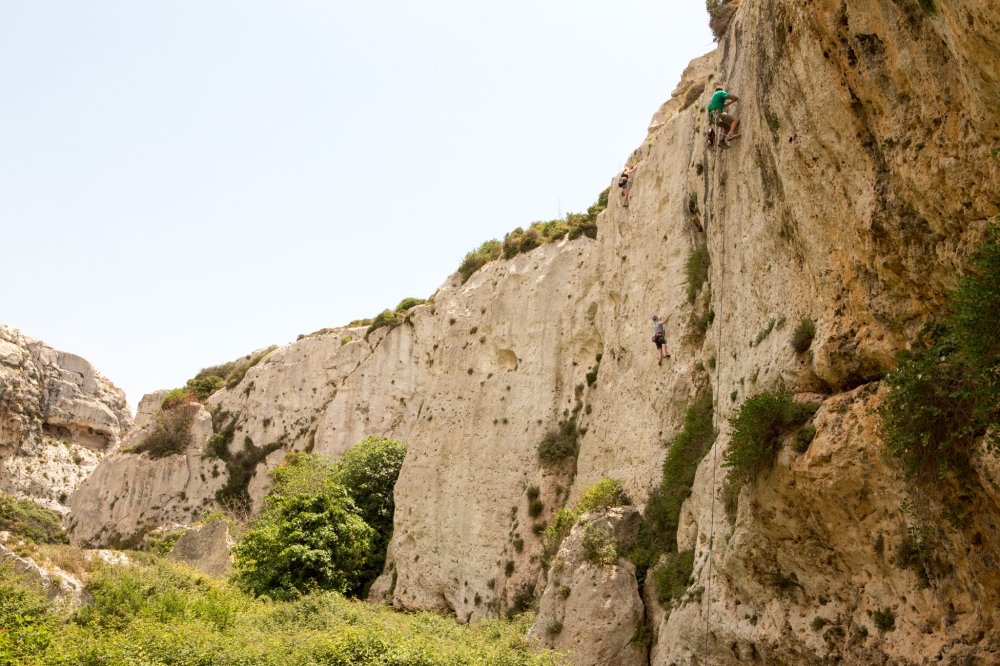 All bolts and glue, glue guns and one drill were provided by the Malta Climbing Club.  Thanks to Stevie Haston who brought and used his own drill (and energy) and to Jeffrey and the Malta Climbing Association who provided use of their Bosch drill, grinder and heaps of energy as Jeff, as usual, worked hard late into the evening.